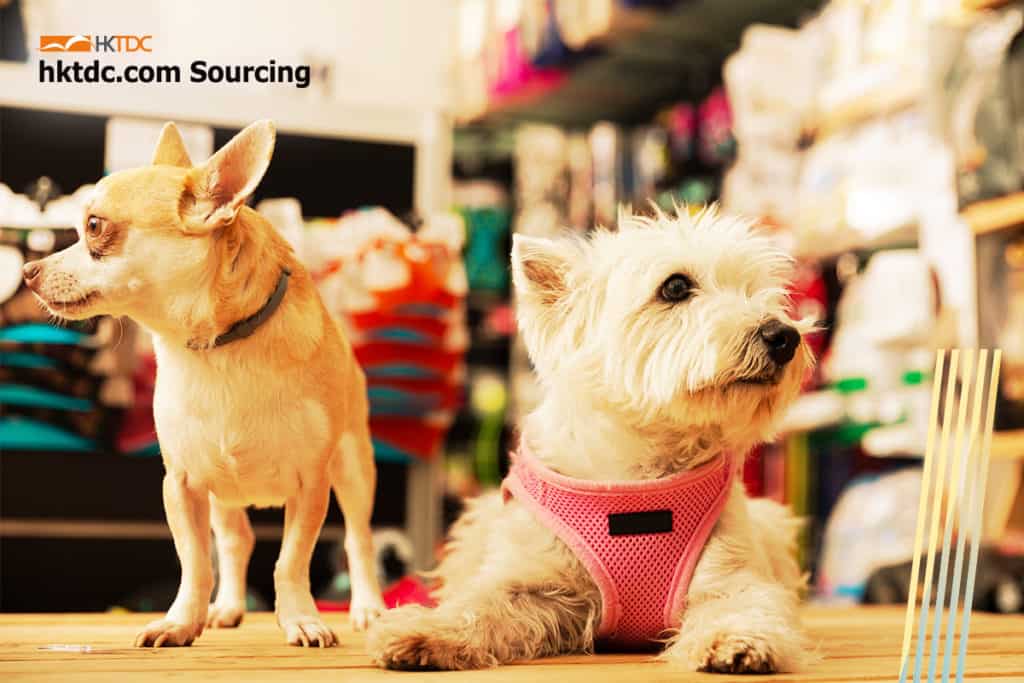 With 20% growth forecast for the mainland market, Chinese pet product suppliers with overseas OEM operations are looking to increase domestic sales under proprietary brands, according to exhibitors at the China International Pet Show.

China is one of the fastest‑growing markets for pet care amid a sector forecast to be worth US$269 billion in global terms by 2025. For its part, mainland China is now home to about 27.4 million pets with some 11% of all city residents now owning at least one. In 2018 (the latest year with signed‑off data) the value of the Chinese pet market was estimated at RMB167.8 billion ($24.4 billion), with annual growth of 20% forecast until 2023. With household wealth continuing to grow across the mainland, owners are consequently spending more on their pets. In line with this, industry suppliers are increasingly optimistic when it comes to their prospects in the Chinese market, with both new and established products expected to perform well. Against such a backdrop, then, it was no surprise that the most recent edition of Shanghai’s China International Pet Show provided a snapshot of a sector in undeniably rude health. 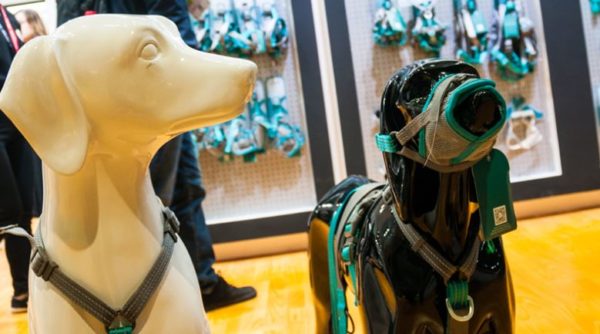 Notably embodying this upbeat sentiment was Yuanfei , a Wuhan‑based supplier of dog chews, harnesses and toys. Although an industry veteran of some 30 years standing – as with many other exhibitors at this year’s event – it only began targeting the domestic market relatively recently.

Outlining the thinking behind this change in policy, Assistant Marketing Manager Sally Chen said: “We started selling in China about two or three years ago and, although our products are getting more and more popular here, domestic sales probably still only account for about 5% of our total sales. As Chinese pet owners are now often prepared to pay a premium for better‑quality products, we remain optimistic about the future of the market.”

Domestically, the company has focused on promoting a number of its proprietary brands, most notably Pawky House, Kumfi Comfy, Dirty Bones and Pika Poo. Internationally, meanwhile, it continues to operate on a primarily OEM basis. 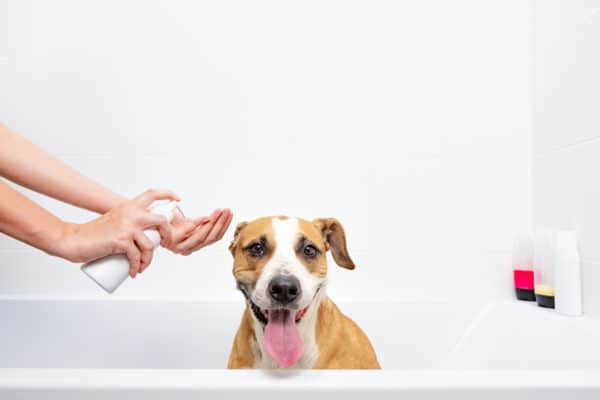 Another stalwart of the sector is SenCen , a Jiangxi‑based specialist in oral hygiene products for dogs, including toothpastes, toothbrushes, sprays and water additives. Within China it trades under the Purry and Fresh Friends brands, while continuing to work on an OEM basis for a number of overseas clients. Assessing the changing nature of the company’s market, Sales Manager Sarina Zou, said: “While we’ve been selling in China for about six or seven years now, exports still account for 80% of our sales. For us, though, the domestic market is growing quicker than its overseas counterpart, while Chinese owners also tend to attach greater importance to countering unwelcome pet aromas than those in many of our international markets, notably the Americas and elsewhere in Southeast Asia.

“In terms of this event, we’ve been exhibitors since 2010 and, unfortunately, this year has not been as good as previous years, largely on account of the global economic environment. In particular, we are finding it harder and harder to sell into the US as a result of the current tariff regime, with many customers demanding lower unit prices by means of compensation.”

Welton Pet , a fellow Jiangxi‑based industry veteran, started out selling pet shampoos in 2003. In 2012, it diversified into pet treats, which now account for 50% of its sales and has led to it exporting to 40 countries and being registered as an authorised Walmart supplier. Emphasising that its debut range remains part of its core offering, Export Manager Lily Chen said: “What makes our shampoos quite so special is that their fragrance lasts up to seven days. More broadly, we operate mostly as an OEM private label service in terms of international sales, while selling our own brands into the domestic market via a number of online platforms.” 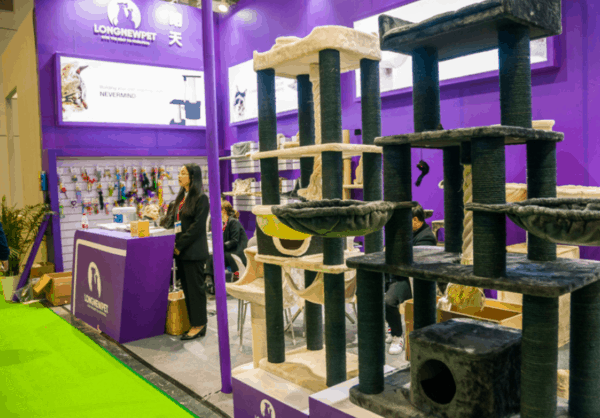 In terms of overall trends, many exhibitors were broadly in agreement that natural ingredients and materials were now of increasing importance to end‑users. One company clearly looking to capitalise on this was Longnewpet , an Anhui province‑based supplier of cat trees fashioned solely from natural non‑toxic materials.

Detailing its current positioning, Marketing Manager Jane Dai said: “At present, while we export all over the world under our own brand, we are yet to make substantial inroads into the domestic market, though we hope that is about to change. We’ve been coming to this show since 2014 and this year we’ve found increased interest among local buyers.”

At the more premium end of the market, meanwhile was Salmon4pets , a Shandong‑based supplier of pet foods and treats. While the company originally set up as a processor of waste fish from a seafood factory, nowadays its products are made from wild Alaskan salmon and specially sourced tuna. Introducing the company’s product portfolio and overall positioning, Sales Manager Rachel Lu said: “As our entire range is rich in Omega 3 and collagen, it’s very good for the health of pets. We largely sell on an OEM basis to clients throughout the EU, but also trade under our own brand. With regard to the domestic market, that’s something we’ve been active in since 2014, largely on an online basis, and we’ve seen that side of our business grow every year since.”

Chiming with Lu’s assessment, the majority of exhibitors seemed bullish about the China market and expected to grow sales there over the medium term. Typical of many was Tracy Zheng, Sales Manager for Bobby Pet , a 13‑year‑old Shandong business specialising in clothing and overnight accommodation for a range of pets. Looking to the future, she said: “While we don’t sell all that much in China right now, we’ve signed up a number of mainland wholesalers and fully expect it to become a more important market for us in due course. “With regard to this particular event, we’ve been regular exhibitors for about 10 years now and we find that most of the buyers in attendance are overseas‑based. By contrast, many Chinese buyers tend to favour the e‑commerce route.”

In keeping with the abiding love China seems to have for aquariums, an entire exhibition hall was dedicated to various fish‑related supplies. Even amid the comparative glut of purveyors of premium piscine products, one or two companies managed to achieve a degree of standout – most notably Qingdao‑based Dodo Fly.

Outlining just what was behind the company’s presence at the event, a spokesperson said: “We are showing – for the very first time – a new foam for purifying fish‑tank water. While there are, ostensibly, a number of competing products on the market, what sets our offering apart is that it’s both far easier to use and much safer. “It’s something we’ve had in development for about 10 years and it also has a useful life of about the same duration. We’re primarily attending this event to identify suitable agents and, as result, we have already opened a dialogue with distributors from four different key markets within China.”

Source The 4 Hottest Product Trends For The Rest Of 2020

Get the latest product trends, trade news and special offers delivered to your mailbox!