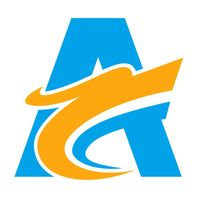 The M720 Triathlon Mouse from Logitech is an ergonomic and versatile mouse built for users who tend to work with multiple systems. It's compatible with both Mac and Windows PCs as well as Chrome OS and Android devices. With the downloadable Logitech Options software, the mouse can connect to three Windows or Mac computers at once and move across their screens, easily connecting via Bluetooth technology or its unifying receiver. The illuminated numbers let you quickly check which device you're currently connected to. Aside from the standard left- and right-click buttons, it also has three thumb buttons, one of which is used to switch between systems, and a scroll wheel that supports fast scrolling. Moreover, it's powered by a single AA battery that can last up to 24 months, depending on use.